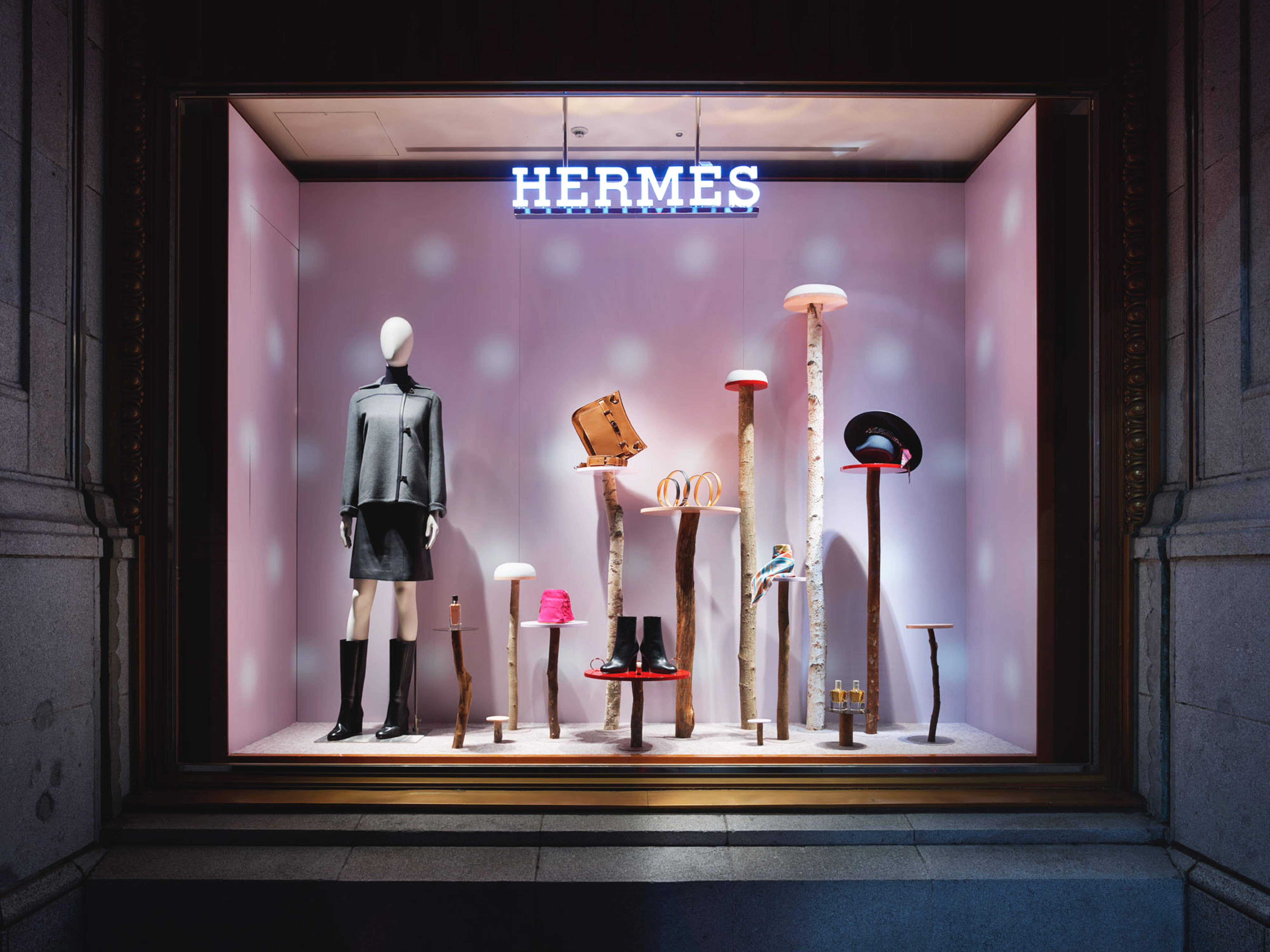 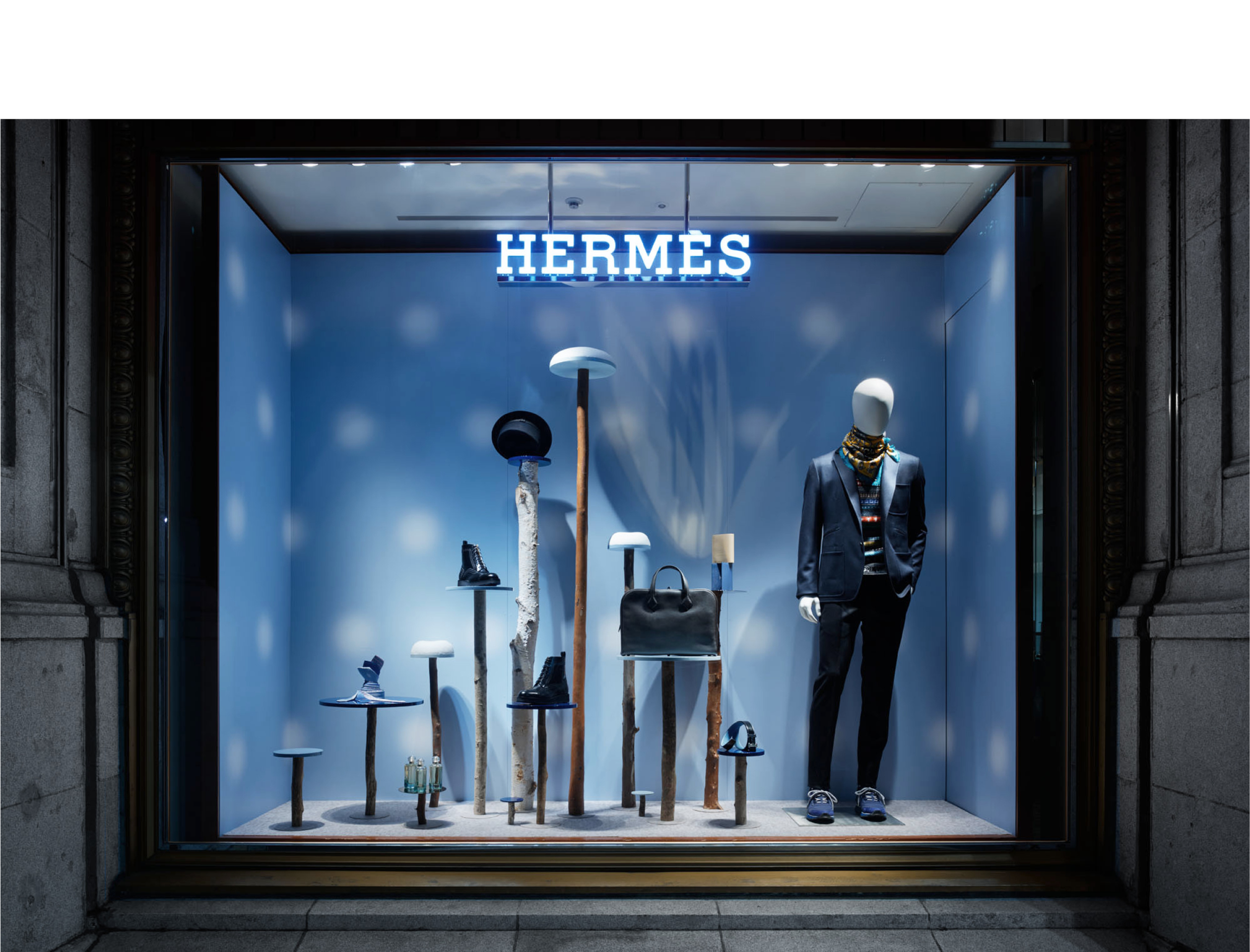 Nature at Full Gallop : a window display used in 21 venues throughout Japan with HermËs theme for 2016. 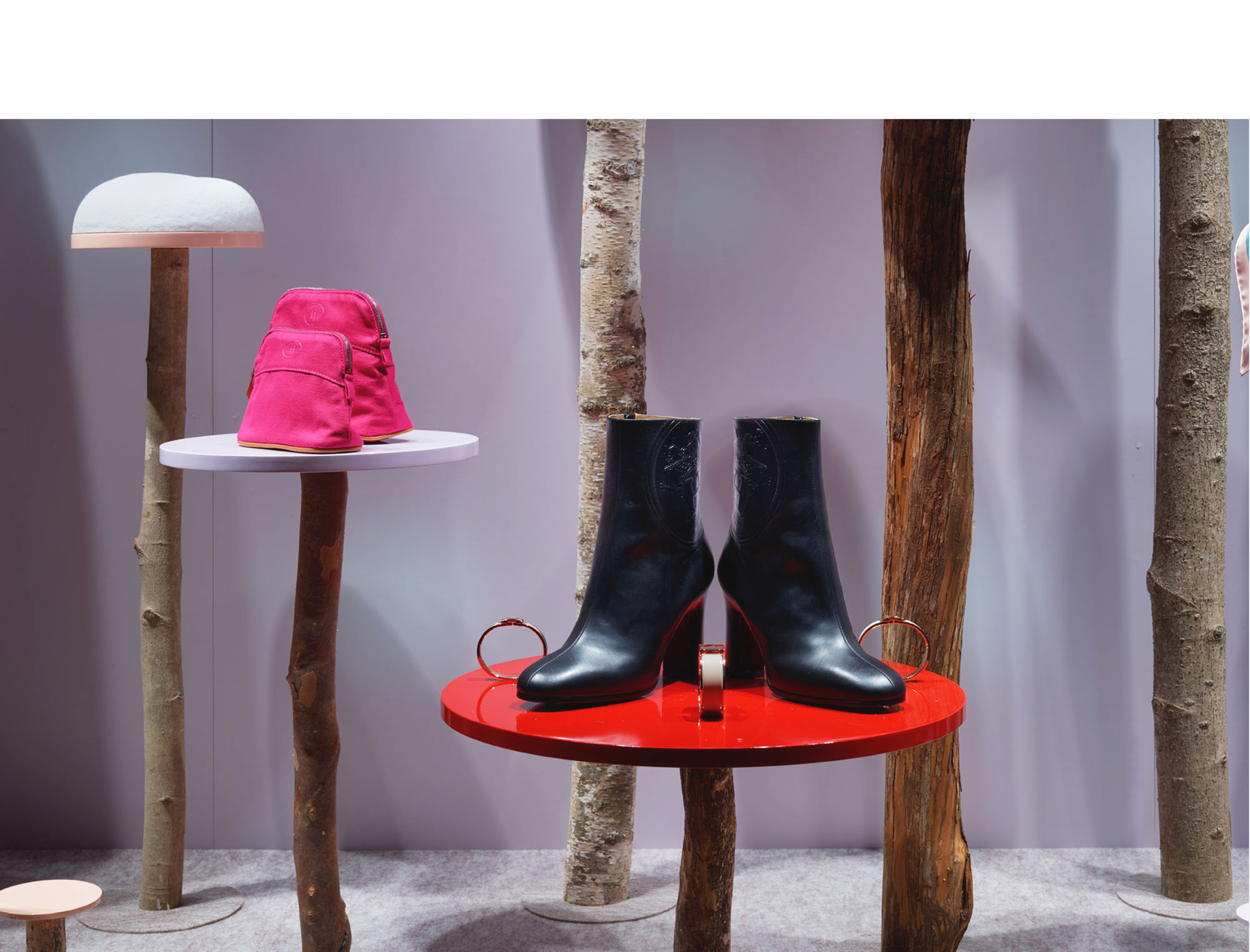 The resemblance is that of mushrooms appearing in clusters on the snow-covered ground of a forest. Organic wood and man-made top plates were combined to give a contrast between the two, creating an assortment of scales depending on the articles displayed. 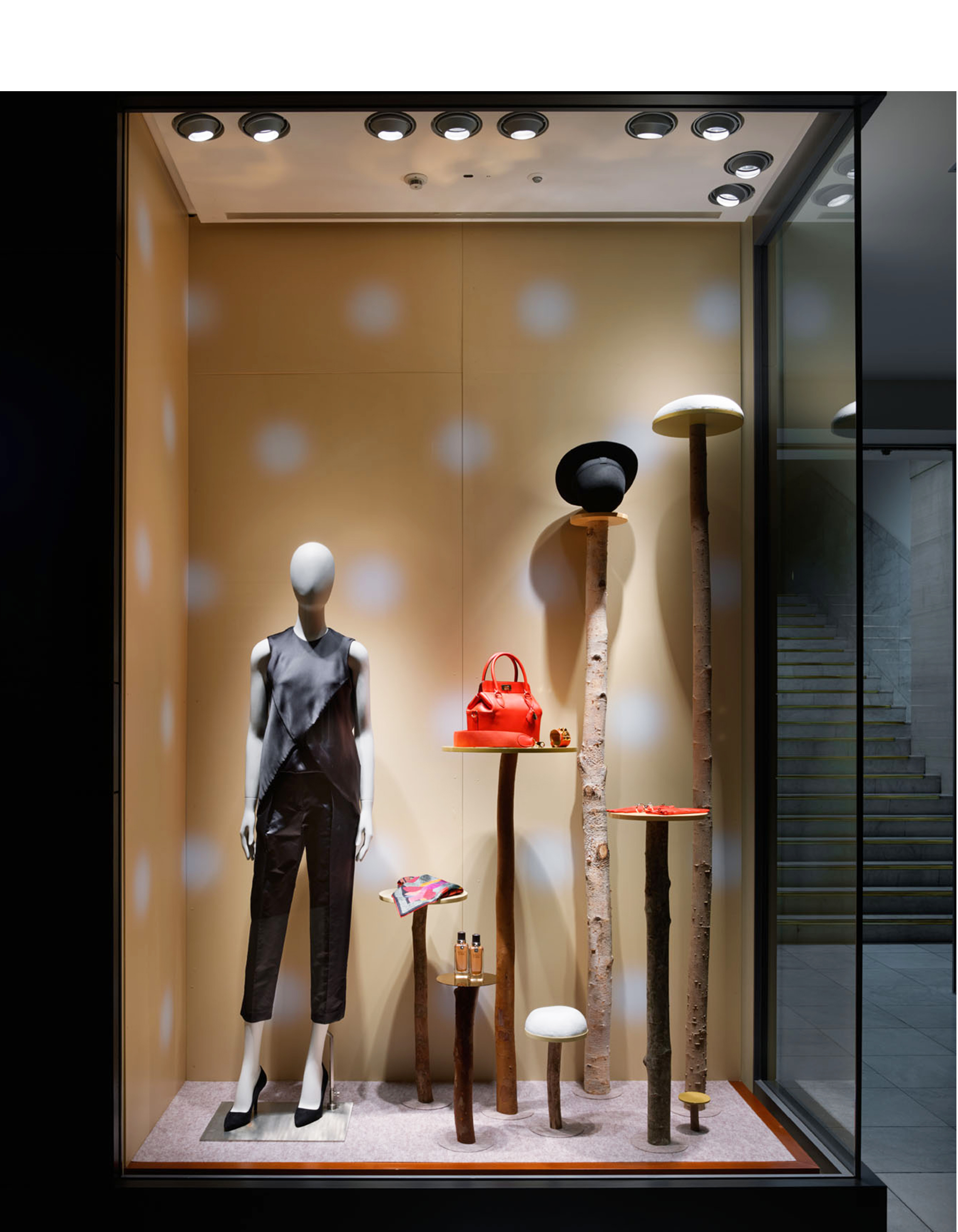 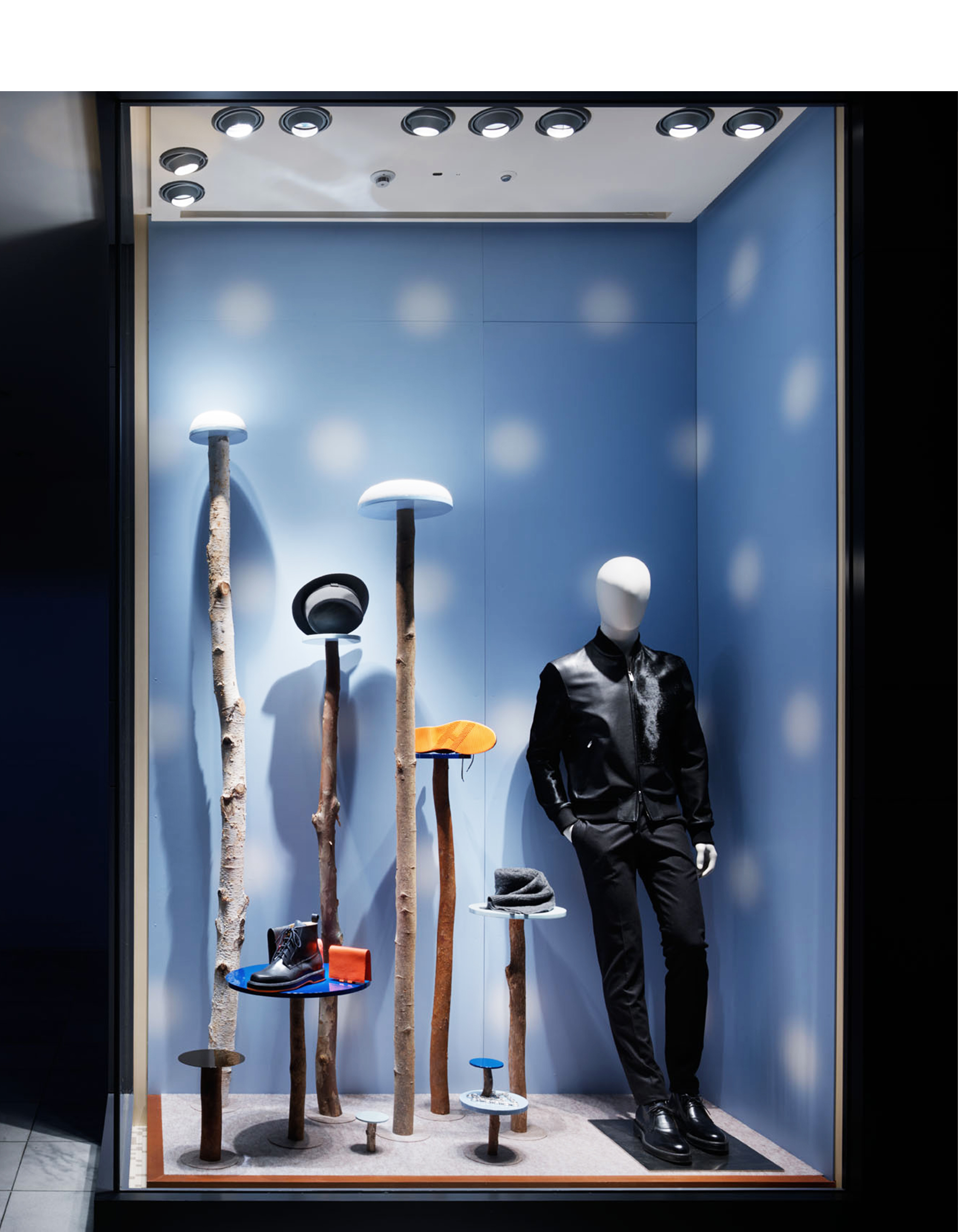 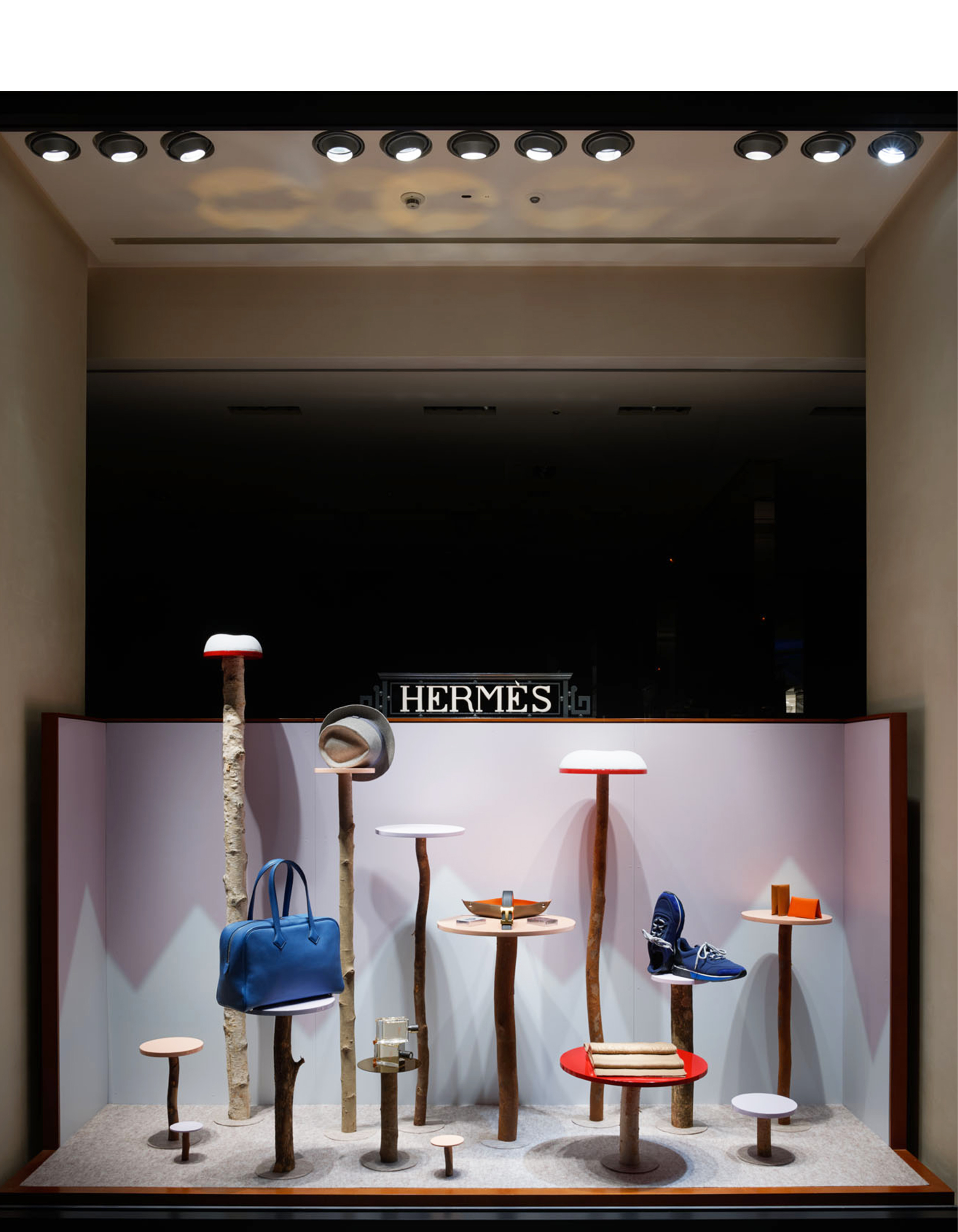 This theme allowed experiments with two opposing approaches as representations of nature by creating artificial shapes from natural objects and organic shapes from man-made objects. 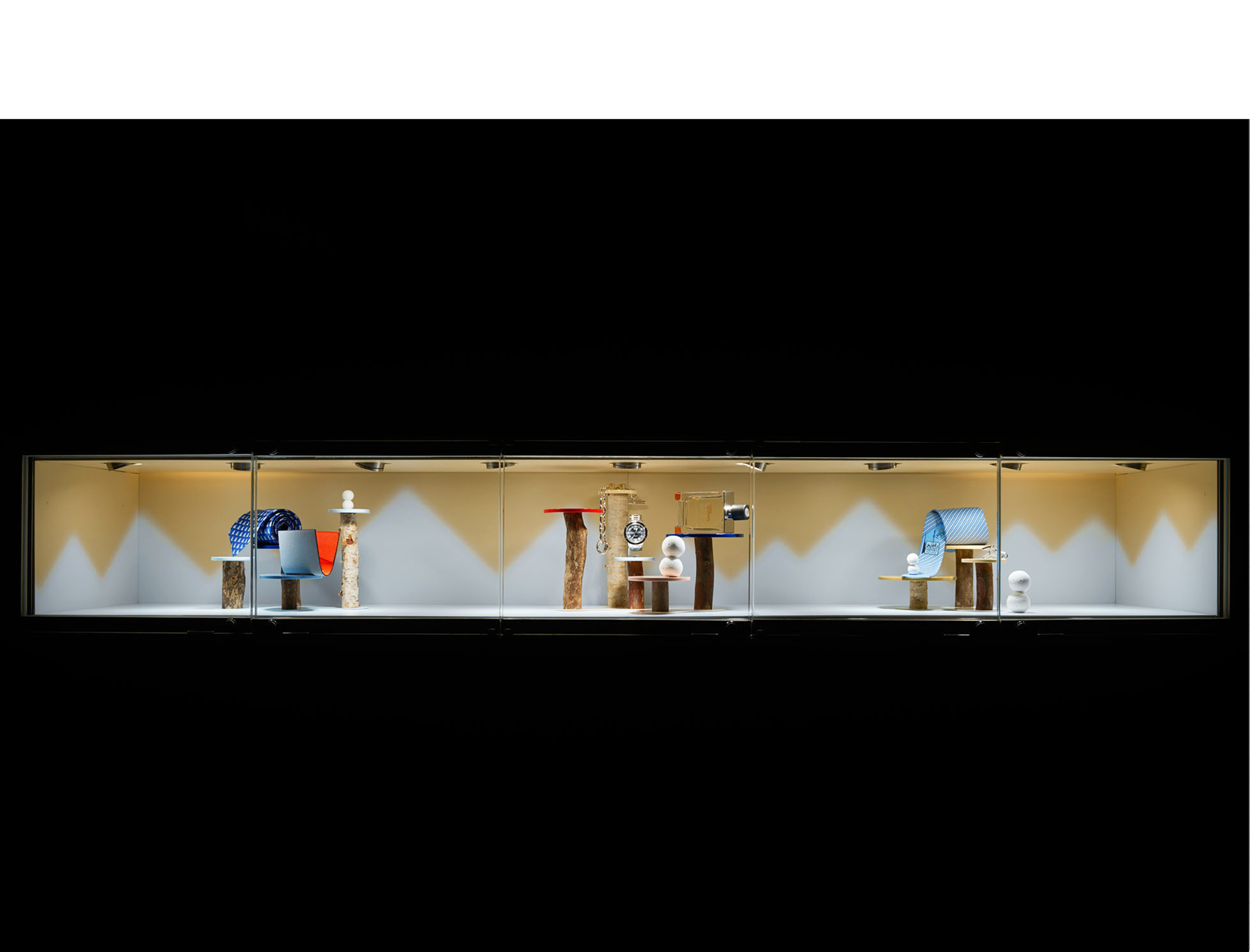 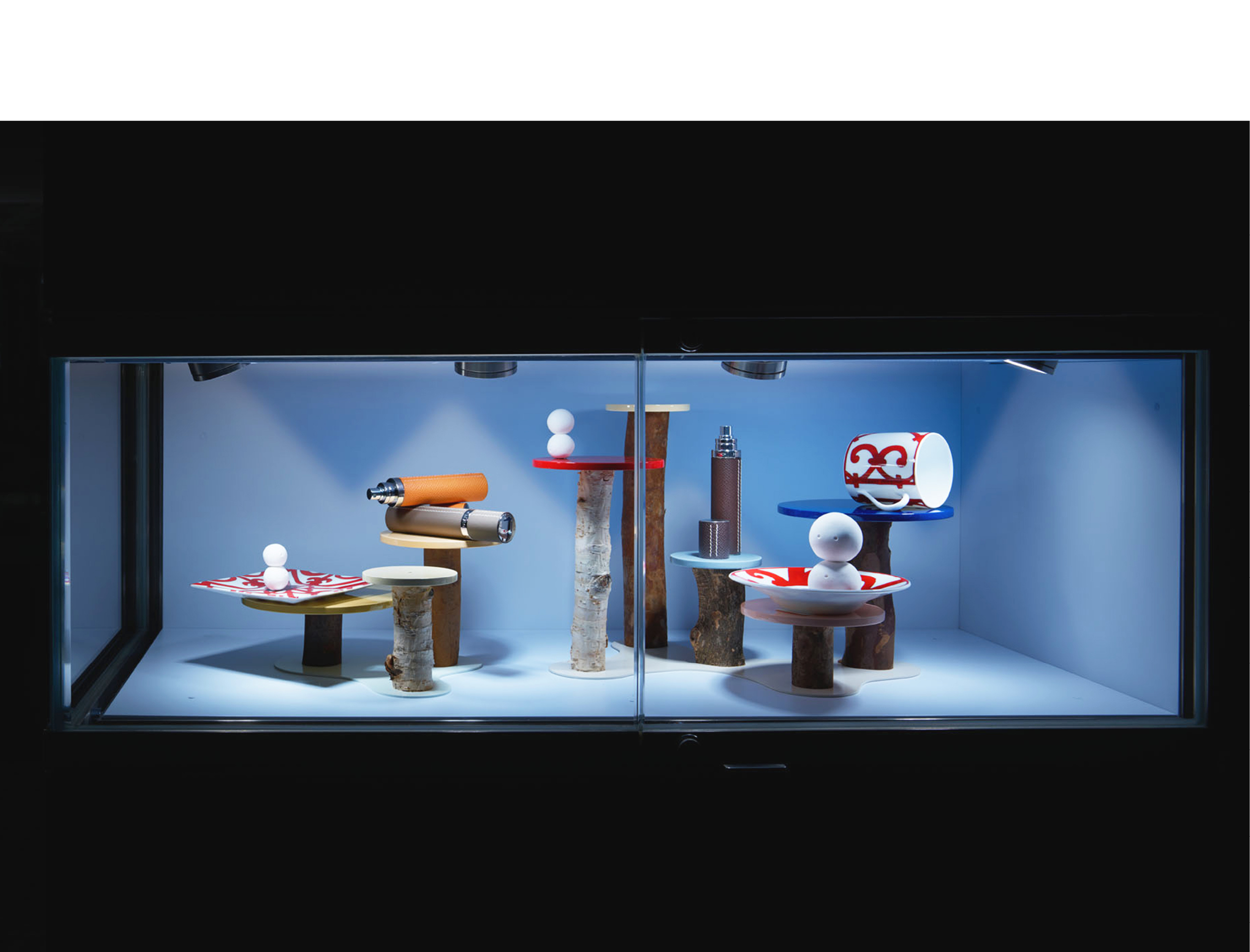 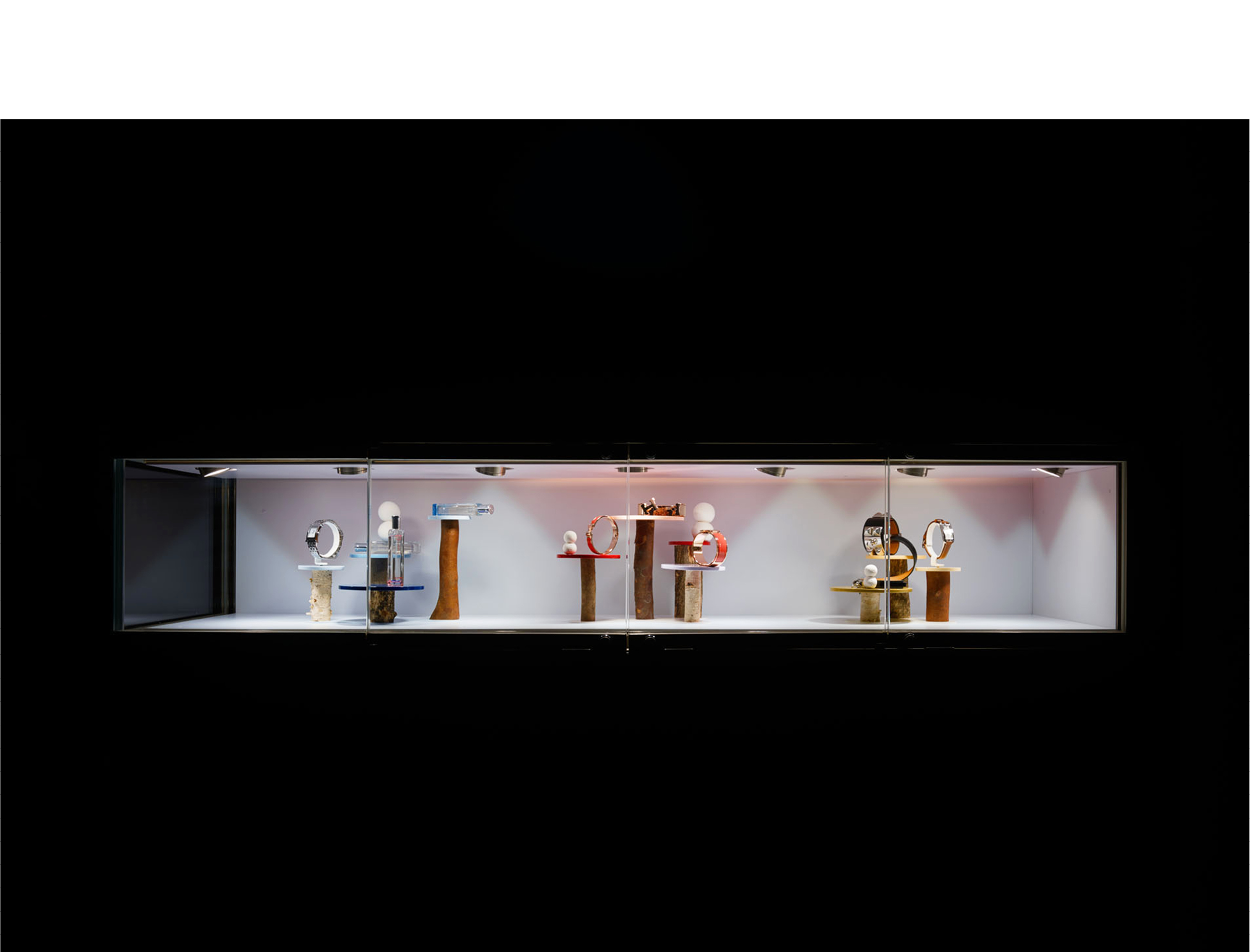 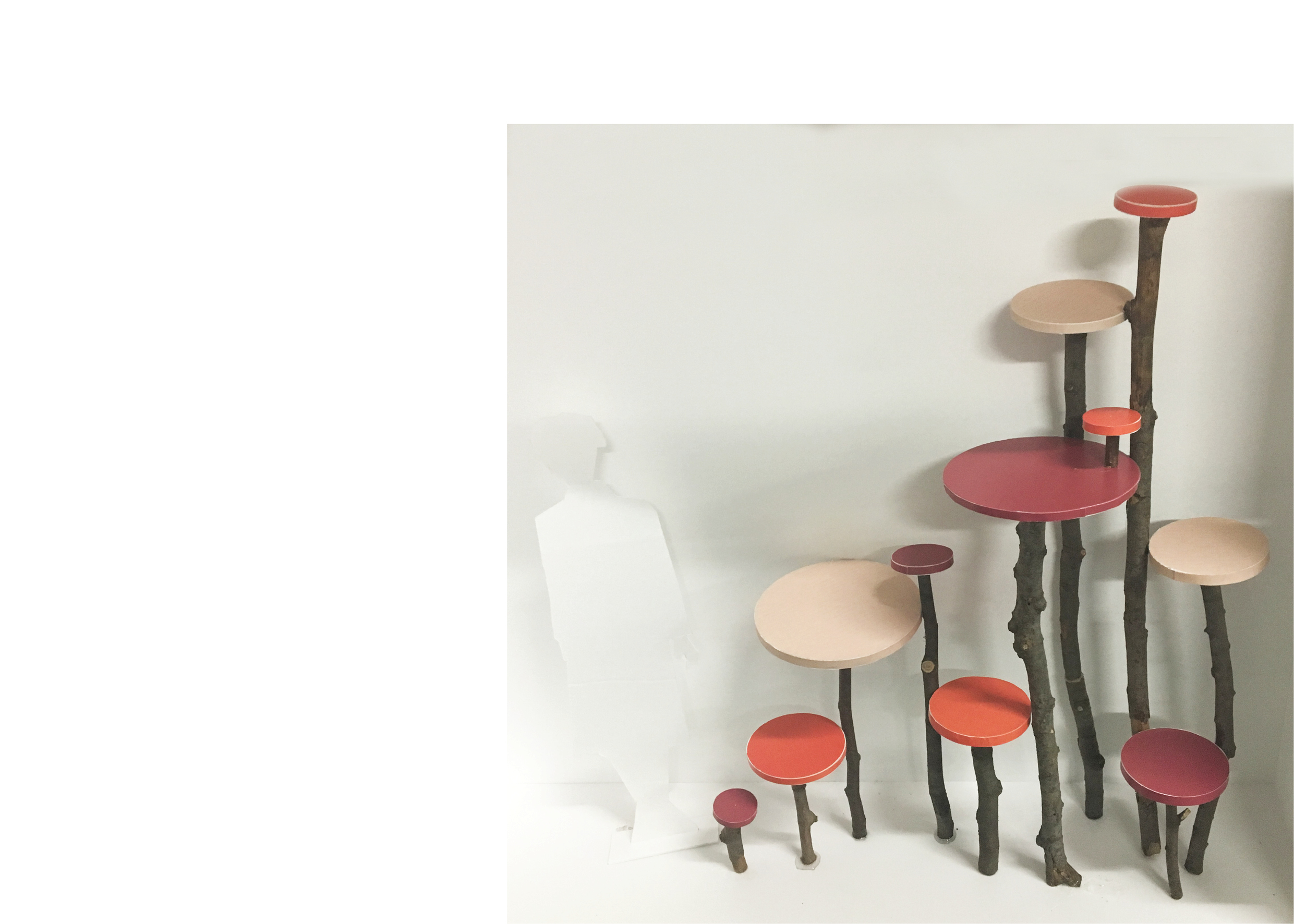 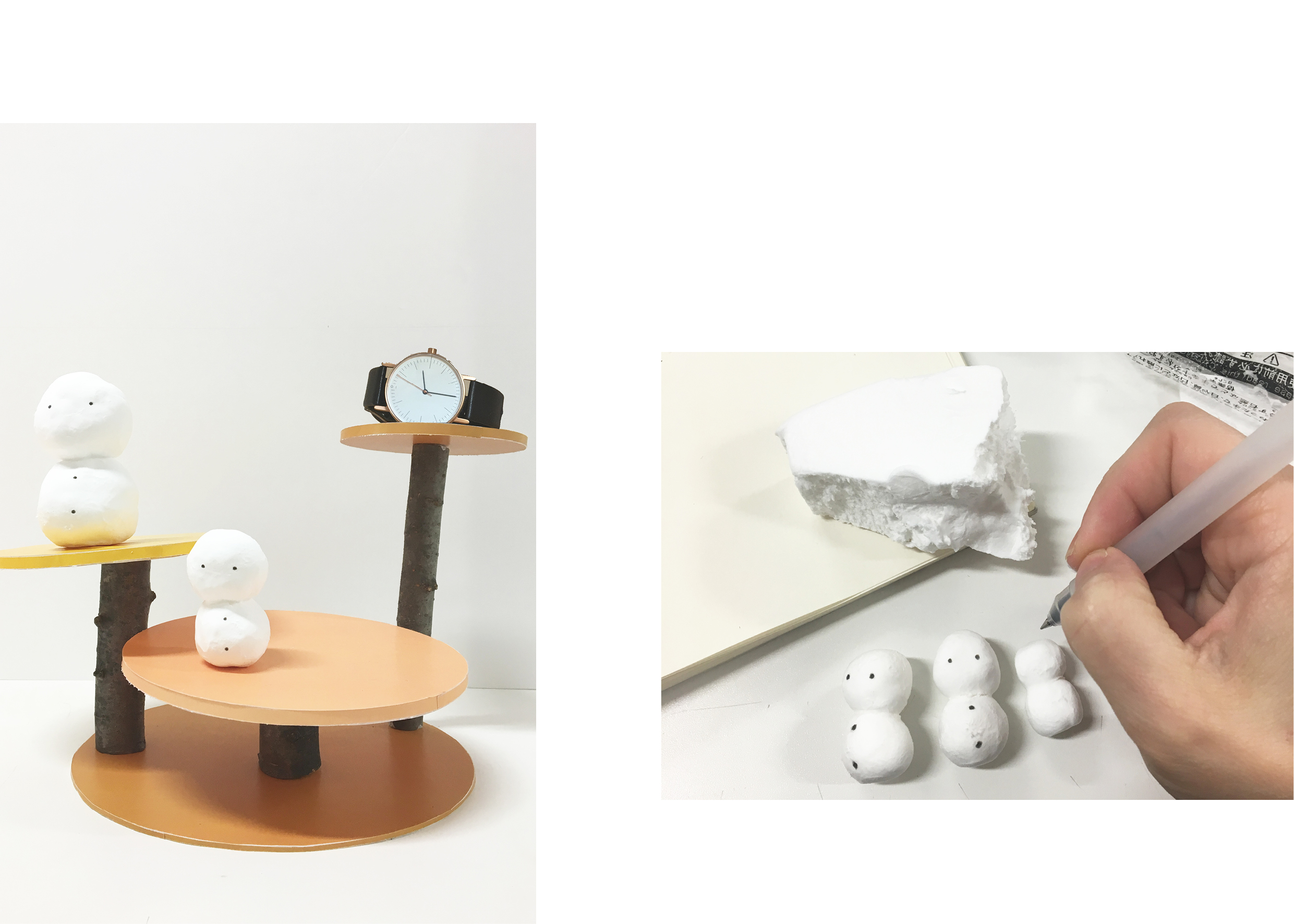 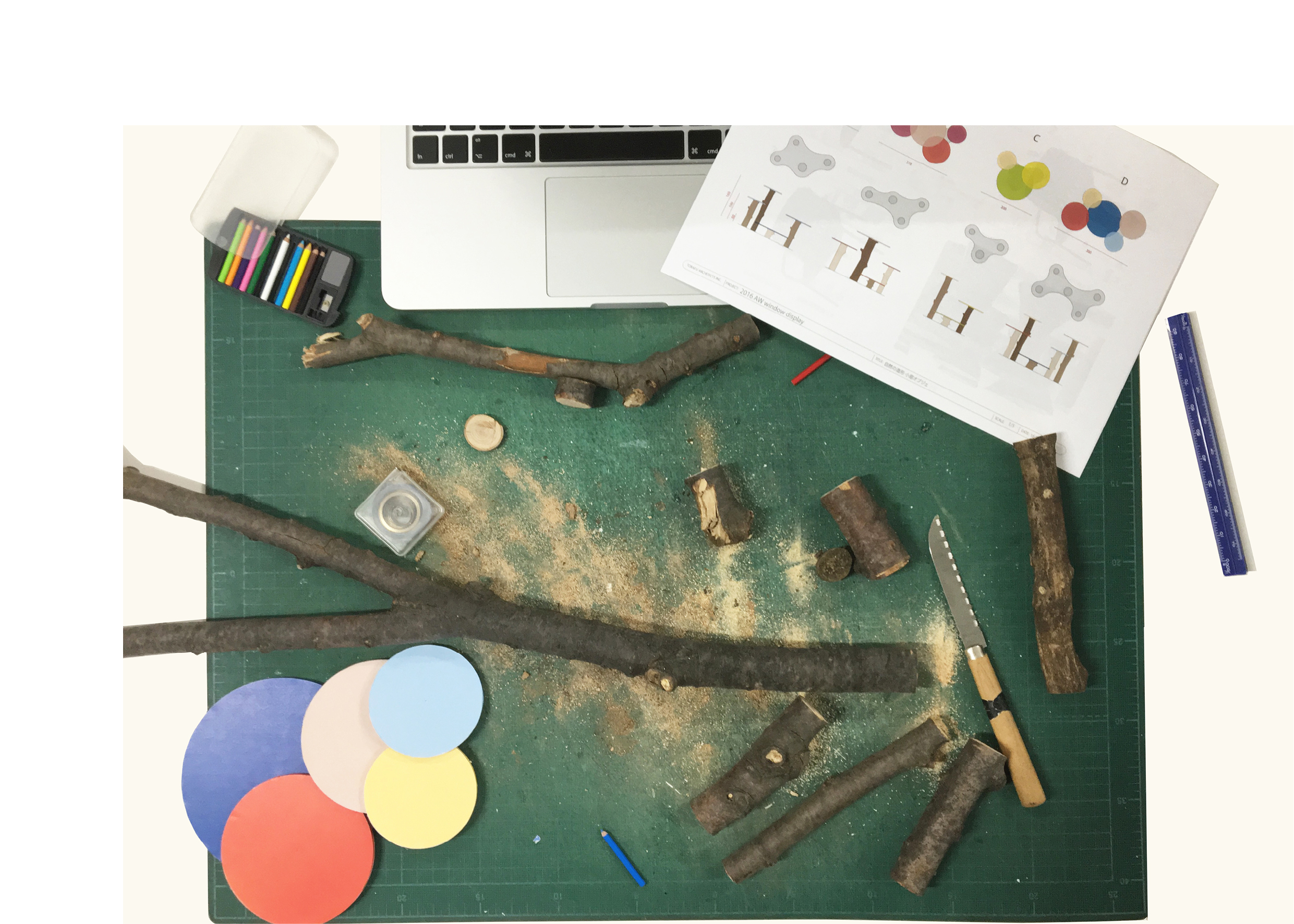 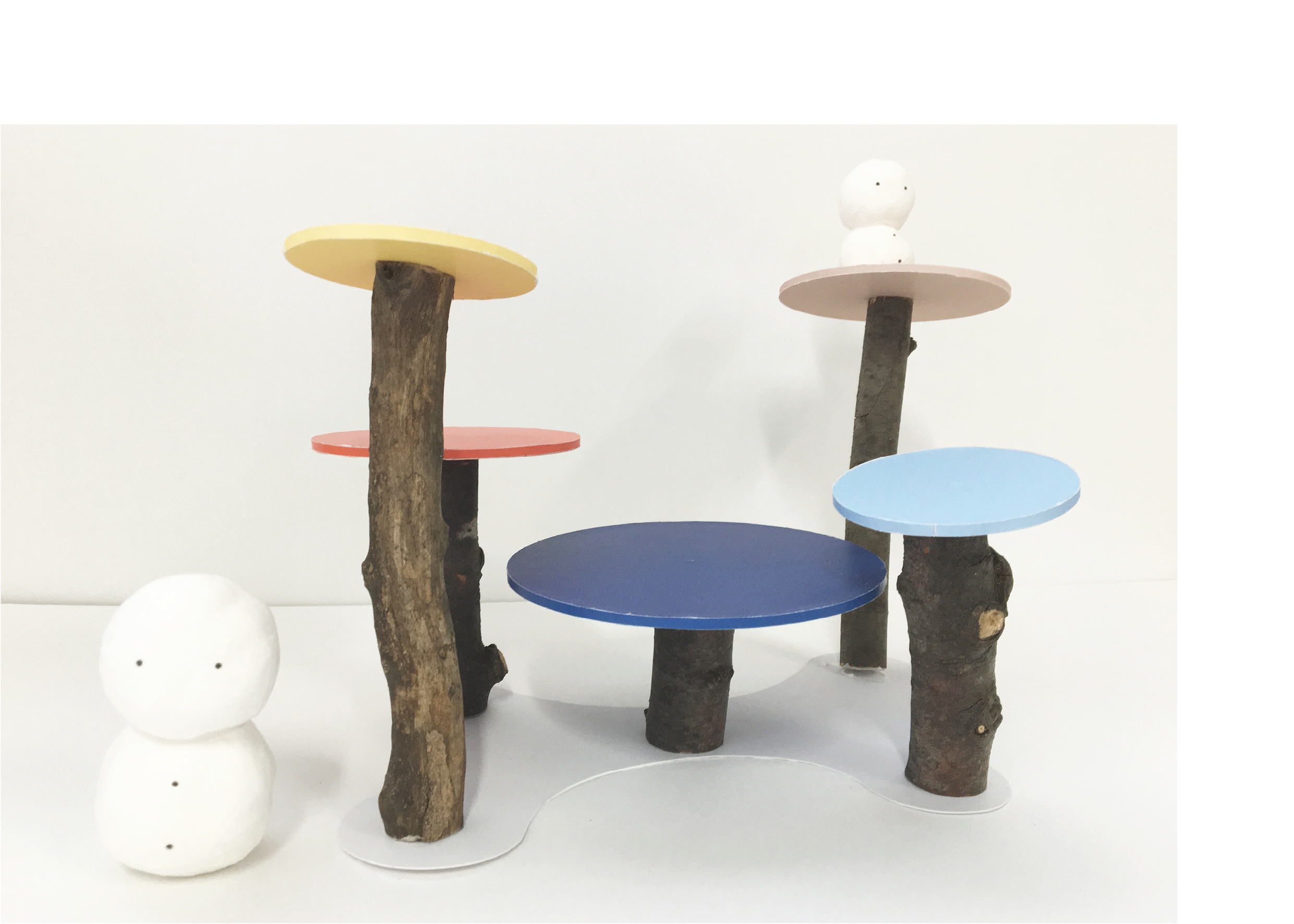